“My heart is quite calm now. I will go back.”
― James Joyce, A Portrait of the Artist as a Young Man

For more pictures from my summer 2016 trip to Ireland, including scenes from Dublin, the Ring of Kerry, the Cliffs of Moher, Giant’s Causeway, and more click here.

The Kerry Cliffs in Portmagee, midway along the Skellig Ring

Along the Ring of Beara, near Allihies

The Ring of Kerry

A pub in Fanore

The ruins of medieval Dunluce Castle

The Cliffs of Moher

The Pulnabrone dolman, a portal tomb dating from 3200 B.C.

The ruins of Clomantagh Church

Abandoned farmhouse along the Ring of Beara

Ring of Beara, midway between Cahermore and Allihies

The Ring of Kerry

“Paris is always a good idea.”

For more pictures from my summer 2015 trip to France, including scenes from Bastille Day in Paris, the châteaux of the Loire Valley, the Festival d’Avignon, and the lavender fields of Provence, click here.

The Palace of the Popes in Avignon

Open my heart and you will see
Grav’d inside of it, “Italy.”
Such lovers old are I and she:
So it always was, so shall ever be.

Welcome! This is an online travel journal for my June 2014 trip to Italy, which covers the following destinations:

Also, you should know that while I’ve embedded some photographs into the entries, many more are posted on Flickr, and travelogues for all of my previous trips to Europe are still available from the navigation menu, including those from Italy in 2008, 2010, and 2013.

It’s just after nine on a warm summer’s night and I’m sitting comfortably aboard a Delta Air Lines flight to Paris, France, waiting for the engines to accelerate and the wheels to leave the ground. For me, it seems a miracle of human technology, this ascent into the heavens, and no matter how often or how far I roam, it never grows old. 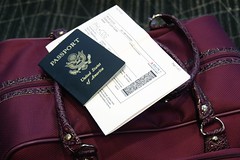 As I crane my neck toward the window, eager to see the street lights and the chain of cars along the highways disappear beneath a dark canopy of clouds, the world inside the cabin feels as small and as ordinary as the universe is large and mysterious.

I break my gaze for now, knowing there are minor tasks to be accomplished, and these must occupy my hands. I reach for my iPad and noise-cancelling earphones, reset the time on my watch, inflate a foot rest to make myself more comfortable for the long flight ahead, and laugh as the safety video on the screen in front of me explains about emergency exit rows and oxygen masks using a 1980s theme featuring Alf, break dancing, leg warmers, and Rubik’s cubes.

I’m sitting next to a charming older couple in row thirty-four. They introduce themselves as Mary and Bob, and as we tuck into dinner they announce that they’re celebrating their 50th wedding anniversary with a vacation in Paris and a Viking river cruise. I’m going on to Italy, I say, and for a few minutes we chat amicably about our itineraries and we wish each other well. The flight attendants clear our trays and dim the cabin lights, and soon there is only a patchwork of TV screens, laptops, and smart phones to illuminate the dark.

It’s then that Mary falls ill.

Whether with airsickness or anxiety, she is nauseous and shaking, and I’m struck by the quiet way in which Bob holds her hand and strokes her back as she leans forward, her head resting upon the small plastic tray table. It’s a strange thing, to be forty thousand feet above the earth in so confined a space. As passengers, we are so close to each other that we can’t help but be privy to intimate details in one another’s lives, and yet we sit stolidly facing forward, row upon row, pretending we do not see.

All of the sudden, I feel like an intruder in a story that is not my own. There is nothing I can do to help, and so I’m willing (and grateful even) when the flight attendant motions me to a new seat in the rear of the plane. By now I’m wide awake and restless, so instead of curling back to sleep, I scroll through for a movie to watch, settling on a new film by Richard Curtis, called About Time. The premise is that a socially awkward young man named Tim is able to use time travel to woo the woman of his dreams. It sounds silly from the start, but before long I’ve embraced it.

By the end, the man’s father, who is dying of cancer, has shared his secret formula for happiness: “Part one of the two part plan,” says Tim, “was that I should just get on with ordinary life, living it day by day, like anyone else. But then came part two of Dad’s plan. He told me to live every day again almost exactly the same. The first time with all the tensions and worries that stop us noticing how sweet the world can be, but the second time noticing. Okay, Dad. Let’s give it a go.”

It might be a better movie than I thought. Or, maybe I’m still thinking about Mary and Bob and the simple beauty of life-long love. Perhaps it’s because I’m on an airplane, and people tend to get overly emotional on airplanes. Whatever the reason, the moral of the story resonates, and as I lean back into my seat and pull up a blanket, I stare out the window into the endless dark of night and think about how this year’s adventure feels very much like traveling back in time.

A year ago, I was anticipating a well-orchestrated trip to Italy—my third in six years—but a string of bad luck, including health problems and a stolen credit card, derailed the entire first week, and I was forced to simplify the rest. I would miss the pope on Corpus Domini and the annual infioriata in Spello. Gone, too, was the trek to the coast to wander about the pastel fishing villages of Liguria. All that remained were Venice, Florence, and Rome—an off-kilter itinerary from the start, run in reverse.

A year later, what I want more than anything is a do-over.

I’ve rebooked the same hotel in Rome, with its stunning rooftop terrace, from which I’ll see the pope in a candlelight procession between the basilicas of Saint John Lateran and Santa Maria Maggiore. I’ve snagged a room in Spello to see the floral carpets that weave through the streets of that tiny Umbrian hill town on the Sunday following Corpus Domini. And I’m bound once more for the sea and the sun of Liguria, where I plan to sail by ferry from Santa Margherita Ligure to Rapallo, San Fruttuoso, Portofino, and Camogli. And there’s more, too. So much more that I can hardly contain my excitement.

For the next month, Italy will be mine. And my home will be in Florence.

I reach over and pull down the shade on the window, so that the rising sun doesn’t wake me too soon. I close my eyes and try to empty my head, but I’m still thinking about the heady possibilities of time travel when I finally doze off.

You may have the universe
if I may have Italy.

Welcome! This is an online travel journal for my June 2013 trip to Italy, which covers the following destinations:

Also, you should know that while I’ve embedded some photographs into the entries, many more are posted on Flickr, and travelogues for all of my previous trips to Europe are still available from the navigation menu, including those from Italy in 2008 and 2010.

Remember what Bilbo used to say: “It’s a dangerous business, Frodo, going out your door. You step onto the road, and if you don’t keep your feet, there’s no knowing where you might be swept off to…”

—  J.R.R. Tolkien, The Fellowship of the Ring

Welcome! This is an online travel journal for my Summer 2012 trip to England and Scotland, which covers the following destinations:

All journeys have secret destinations of which the traveler is unaware.

Welcome! This is an online travel journal for my Summer 2011 trip to Germany, which covers the following destinations:

No sooner had we arrived in Italy than the loveliness of the earth and the serenity of the sky made the greatest difference in my sensations. I depend on these things for life; for in the smoke of cities, and the tumult of human kind and the chilling fogs and rains in our own country I can hardly be said to live.

Welcome! This is an online travel journal for my Summer 2010 trip to Italy, which covers the following destinations:

Also, you should know that while I’ve embedded some photographs into the entries, many more from my trip are available on Flickr, and travelogues for all of my previous trips to Europe are also available from the navigation menu, including those from Italy in 2008 and 2013.

There is never any ending to Paris and the memory of each person who has lived it differs from that of any other. We always returned to it no matter who we were or how it was changed or with what difficulties, or ease, it could be reached. Paris was always worth it and you received in return for whatever you brought to it. But this is how Paris was in the early days when we were very poor and very happy.

Welcome!  This is an online travel journal for my Summer 2009 trip to France, Belgium, and the Netherlands, which covers the following destinations:

“It is fate that I am here, persisted George, “but you can call it Italy if it makes you less unhappy.”

Welcome! This is an online travel journal for my Summer 2008 trip to Italy, which covers the following destinations:

Also, you should know that while I’ve embedded some photographs into the entries, many more from my trip are available on Flickr, and travelogues for all of my previous trips to Europe are also available from the navigation menu, including those from Italy in 2010 and 2013.

If you are lucky enough to have lived in Paris as a young man, then whereever you go for the rest of your life it stays with you, for Paris is a moveable feast.

Welcome! This is an online travel journal for my August 2007 trip to England and France, which covers the following destinations:

A newspaperman I know, who was stationed in London during the war, says tourists go to England with preconceived notions, so they always find exactly what they go looking for. I told him I’d go looking for the England of English literature, and he said: “Then it’s there.”

Welcome! This an online travel journal for my August 2006 trip to London, England, with day trips to Windsor Castle and Hampton Court Palace.

Also, please note that while I’ve embedded some photographs into the entries, many more are available on Flickr.